How do you pronounce that? Twitter Polls, Academic Language, and Data Science

Over the years, I have asked a fair amount of questions on Twitter in the form of polls. Many of these have to do with pronunciation, especially academic or data science pronunciation. Clearly, my interest in linguistics persists long after my career change to something more data sciency.

As a way to curate some of these little gem Twitter polls, I offer screenshots of the polls below, organized into two categories: Academia and Data Science, though the two are not mutually exclusive. At the bottom of this post explains how I used R to find the polls and generate the screenshots. 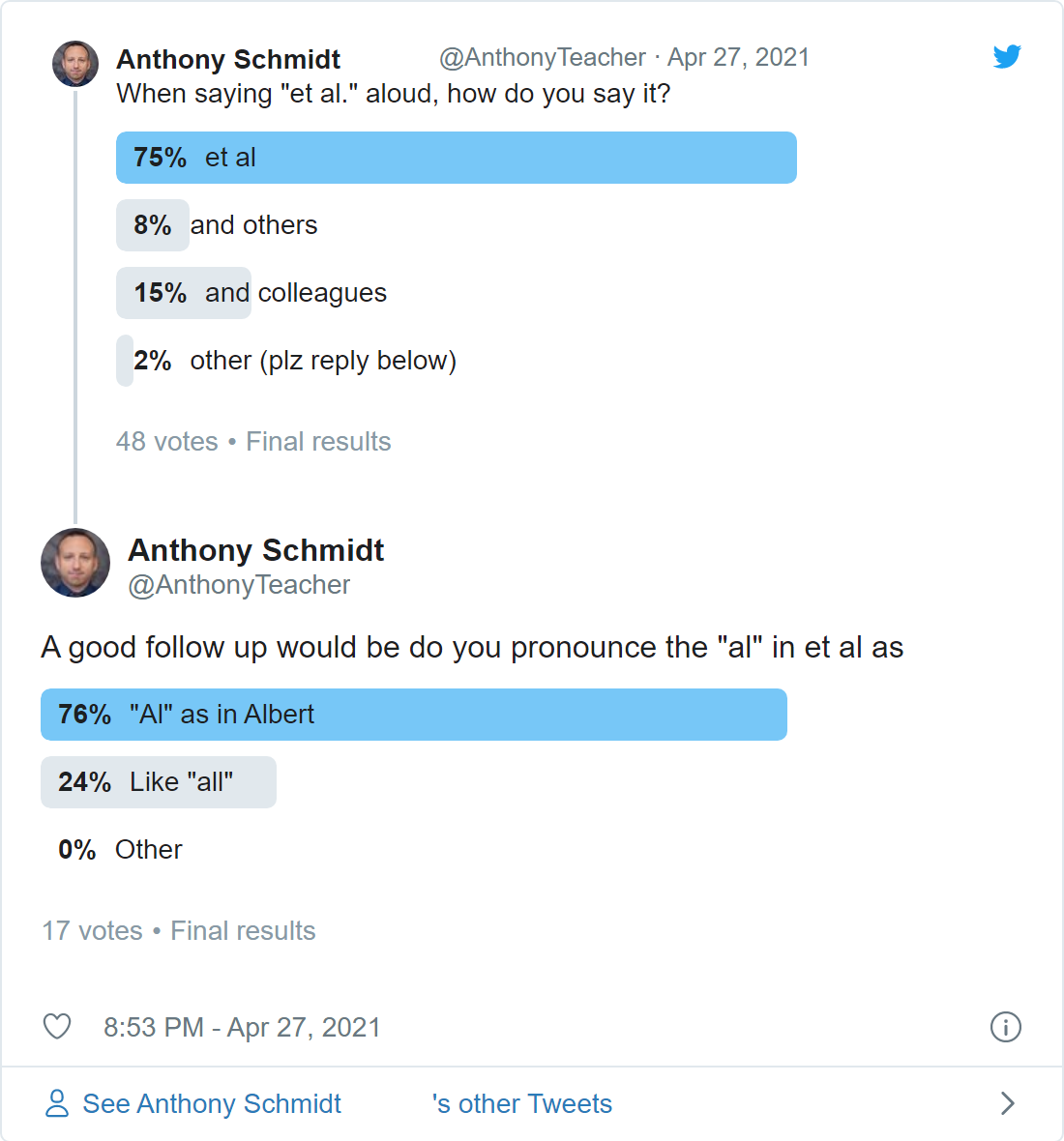 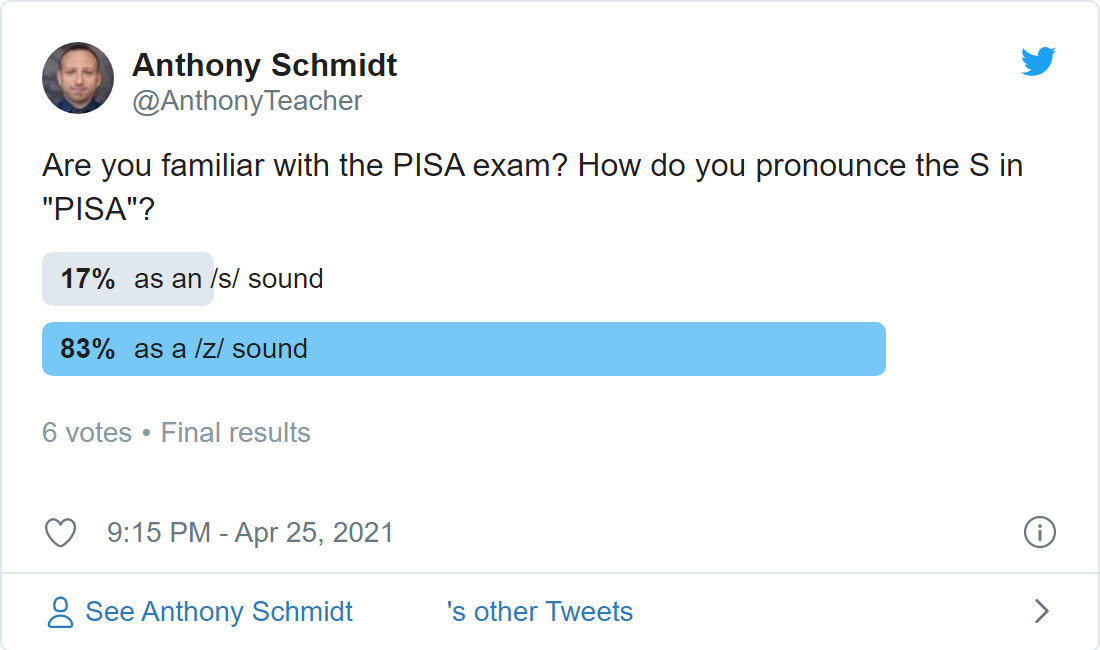 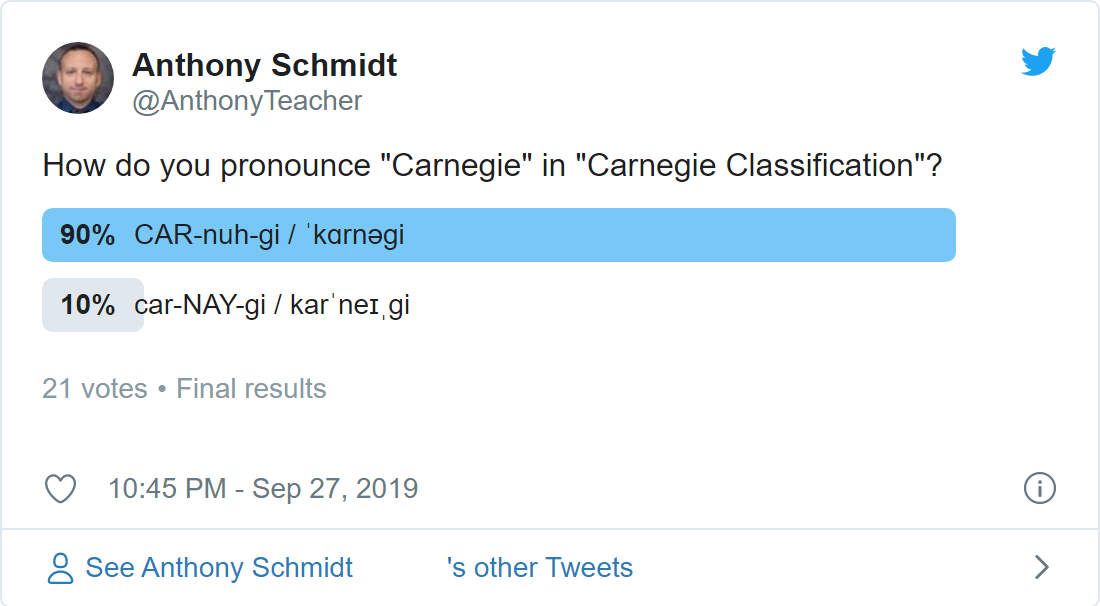 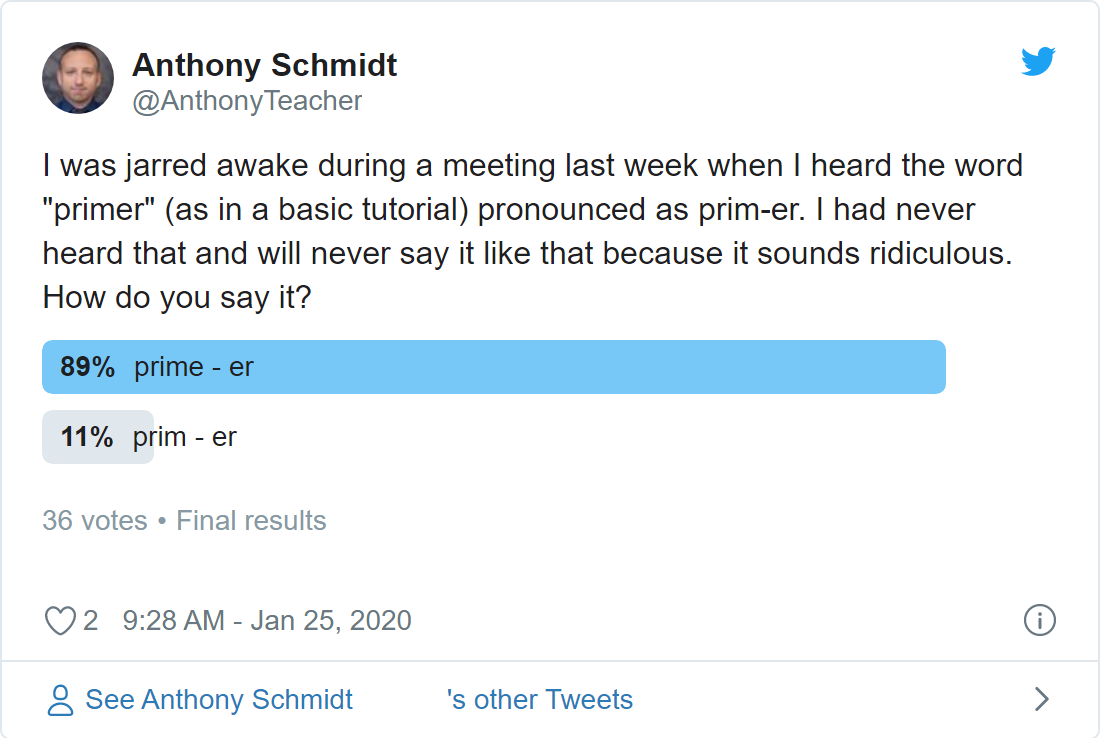 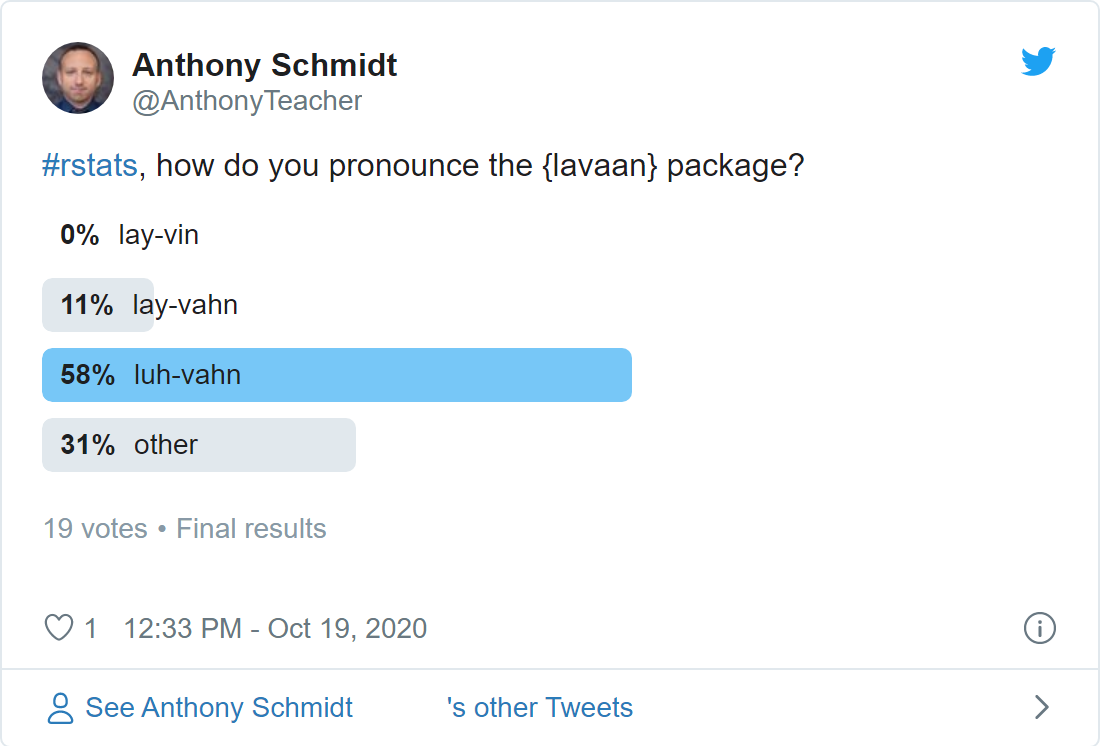 Admittedly, this one is not about pronunciation 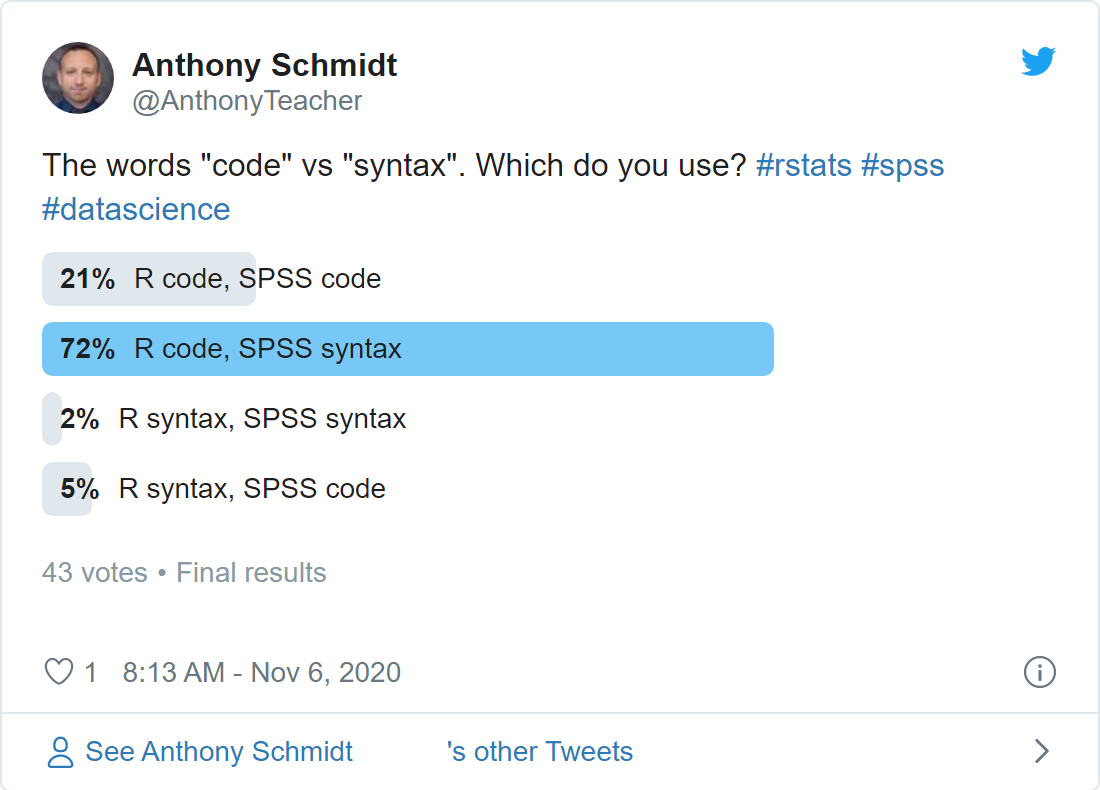 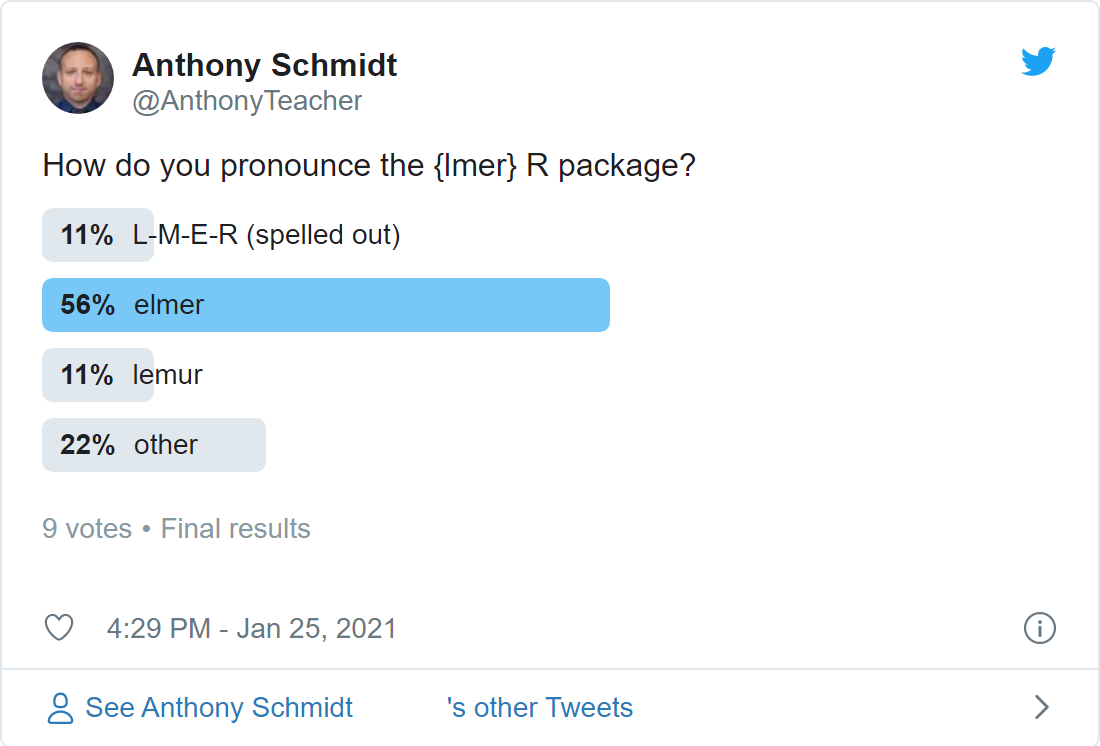 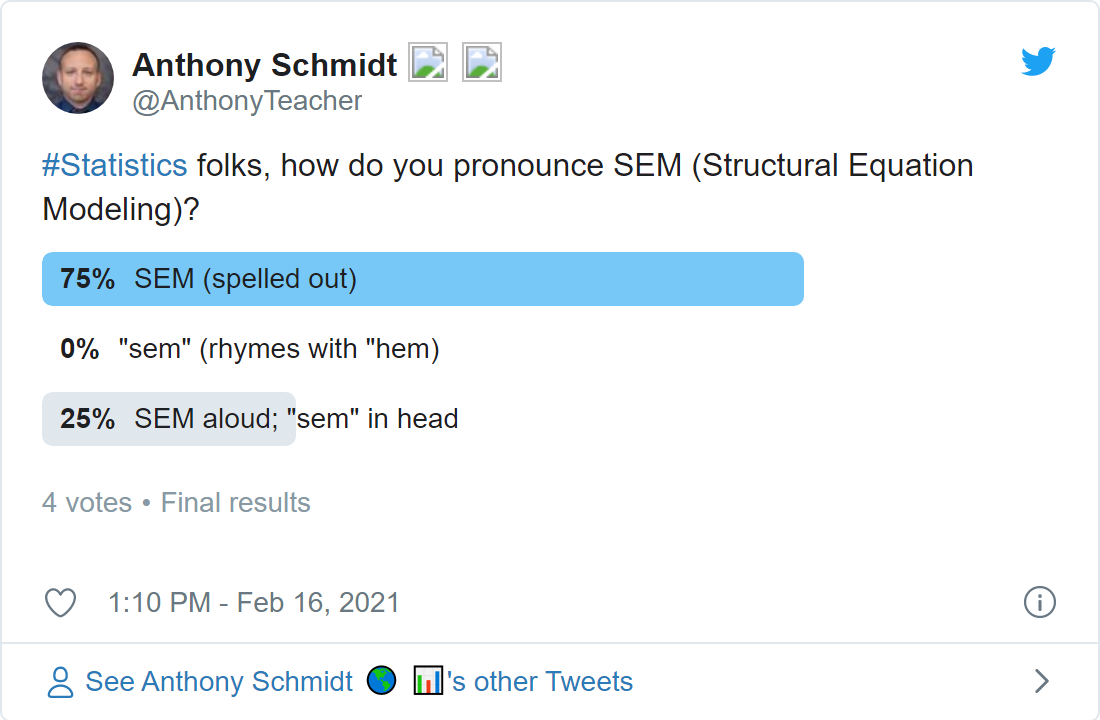 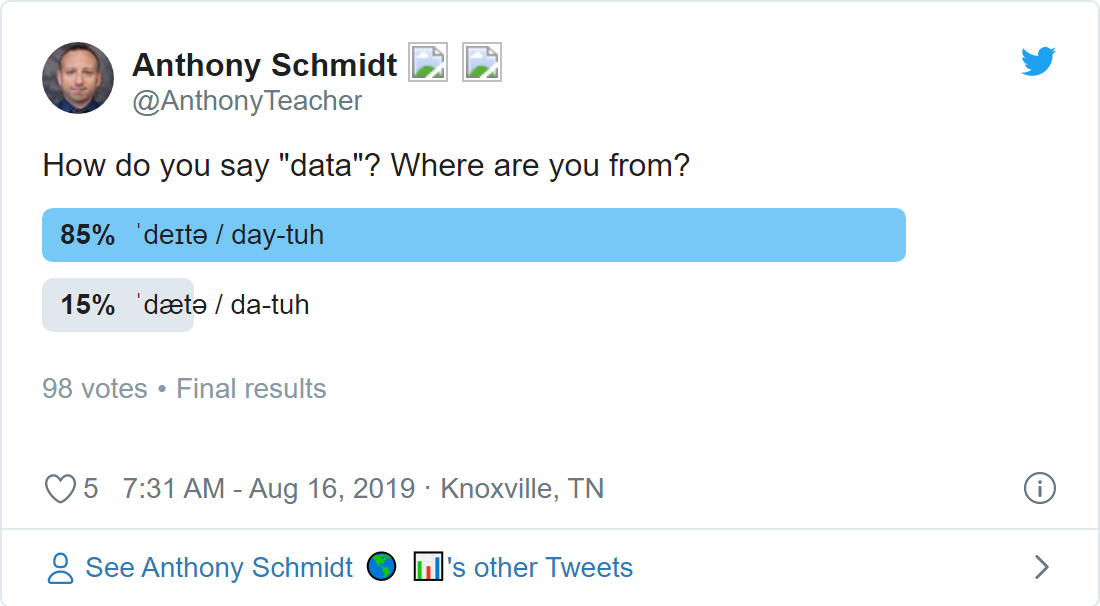 How I did it

I used the rtweet package to access my tweets. Sadly, there is no rtweet field that identifies whether a tweet is a poll, so I searched for tweets with a question mark, excluded retweets or tweets mentioning someone, and then manually browsed the short list (using pull(text)) until I had the row numbers of the tweets I wanted:

I used datatable to quickly visit each poll to recall the content and organize them into the two categories above.

Inside this post, which begins as an .Rmd document, I used the tweetrmd package to generate automatic screenshots of the tweets, like so: 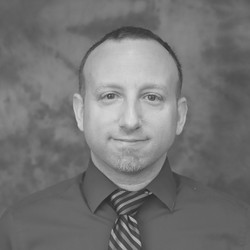